Need some things to do in London this summer?

If you’re coming to London then here’s a few family friendly things things to do in London in summer. Take a boat ride, walk in a park, swim in an Olympic pool or enjoy a Shakespeare play. 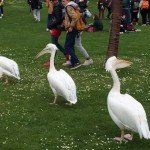 A walk in one of London’s parks
London has a surprising amount of green space which means there’s plenty of choice whichever part of London you are visiting. A park walk can be combined with some other sightseeing that you may be doing. Hyde Park is a 10 minute walk from Harrods and Green Park is almost next door to Buckingham Palace. Pop into a supermarket on the way and take a picnic lunch. Or hire a row boat for a quick trip along the Serpentine Lake and finish off with an ice-cream at Hyde Park. 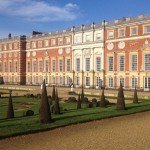 Take a train ride and visit Hampton Court Palace
Hampton Court Palace is fun for all the family. As well as being full of history from the time of Henry VIII you will also find acres open space. Lawns and parkland alongside formal gardens and the largest grapevine in the world. Borrow costume from the Palace for children to dress as the courtiers did 500 years ago. As they explore the Palace you’ll meet characters from history who will share their stories of their lives. If you need a bite to eat you’ll find a cafe on the site of King Henry VIII’s jousting yard. Watch out for wives of King Henry, Anne Boleyn or Jane Seymour, as you make your way through the Palace and there may still be some time left to explore the maze. 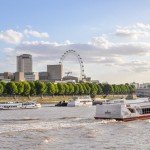 Enjoy a boat ride on the River Thames to Greenwich.
The boats leave at regular intervals from the London piers. A short hop from Westminster to the Tower of London or a take a longer boat ride to Greenwich for a half or full day out. The journey takes you further down the Thames past the old London docks area to Greenwich. At Greenwich there’s plenty of options for family things to do. Greenwich Park means that everyone can stretch their legs and at the top of the hill see the meridian line.
The Maritime Museum at Greenwich is free to enter and for the shoppers there’s the wonderful Greenwich market. 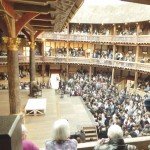 Watch Shakespeare play at the Globe Theatre
If your children are studying Shakespeare at school then the Globe Theatre is the best place to see Shakespeare plays in London in the summer. The theatre is a reconstruction of the Globe Theatre in which Shakespeare’s plays were performed. You can experience the plays in the same way as they were seen 400 years ago or take a tour and see the exhibition. And if you want the really cheap ‘seats’ you can stand in the Yard. At only £5.00 it’s very affordable. Standing after a hard day’s sightseeing might be very hard work. But if that’s the case why not just watch the first part? That way you get a flavour of the experience. At only £5.00 it’s worth considering. 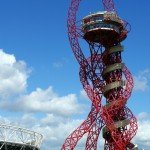 Get active in the Queen Elizabeth Olympic Park
This area was the site of the 2012 Summer Olympics in London and now it’s a public park enjoyed by all. Hire a bike and cycle along the canal pathways, go for a swim in a stunning pool or even take a fun slide down one of the highest public sculptures in the world. Take a walking tour and hear about London’s Olympic past.

What other ideas do you have for things to do in London in summer?

This site uses Akismet to reduce spam. Learn how your comment data is processed.